Multi-Connectivity in Non-Terrestrial Networks (NTN) to improve users’ experienced throughputs was the topic addressed by the DYNASAT paper presented at this year’s International Conference on Wireless and Mobile Computing, Networking and Communications (WiMob 2022). 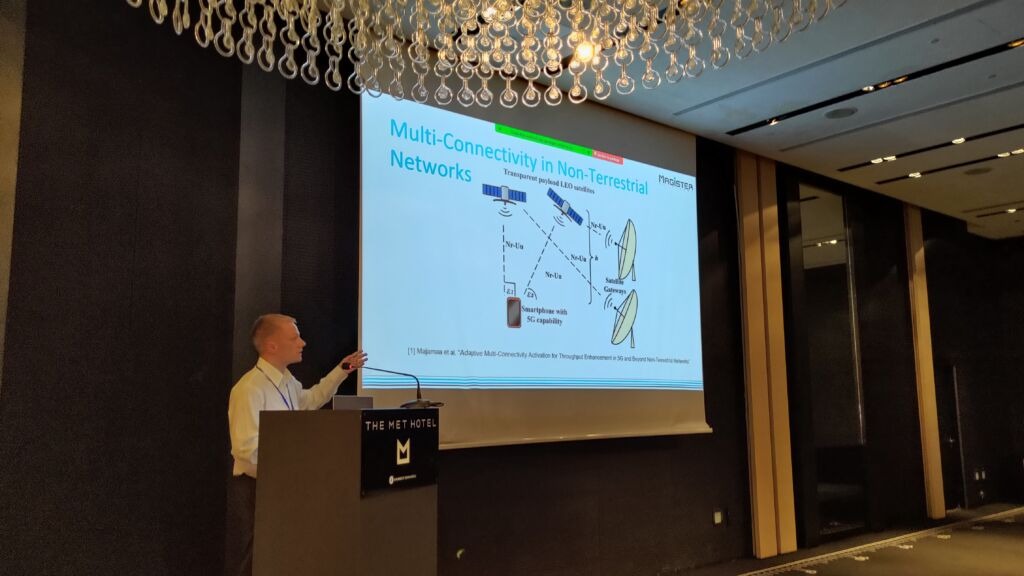 The conference gathered a plethora of researchers and innovators at work on wireless and mobile technology, focusing on a wide range of topics such as Broadband Wireless Communication Systems, Large Scale Massive MIMO Systems, and more.

Abstract: To meet the increasing throughput and reliability demands, satellites may be used to complement the Fifth Generation (5G) Terrestrial Networks (TNs). To increase the efficiency of the satellite communications involved, research on bandwidth-efficient techniques is needed. Multi-connectivity (MC), where a user can be connected to multiple Next Generation Node Bs (gNBs) simultaneously, is one of such techniques. In this paper, the focus is on MC in Non-Terrestrial Networks (NTNs) to improve users’ experienced throughputs. First, a study of relevant specifications and algorithms is conducted. Then, the designed load-aware Secondary Node (SN) addition and traffic steering algorithms are presented and evaluated in a realistic two-satellite Low Earth Orbit (LEO) network scenario. The simulation results indicate that usage of MC can be beneficial in 5G NTNs.